Many new projects within warehouse and logistics provide busyness at Logimatic

Logimatic is hiring in the department of warehouse and logistics solutions on a large scale. As of 1 July, Christian Stephansen, Anders Brams and Daniel Sørensen have started in the development team of the WMS solution, LOGIA.

With a range of exiting logistics projects at home and abroad, we are busy at Logimatic. New customers are implementing LOGIA as their WMS system, and existing customers are upgrading to the new Generation 6 LOGIA platform. This is a positive development which means that we are continuous increasing staff levels in the organisation” states Karsten Bangshaab, CEO of Logimatic. He continues:

“Fortunately, we have a good cooperation with both Aalborg University and UCN where we are recruiting most of our new employees. Christian and Daniel are familiar faces at Logimatic. Christian has been a student worker parallel with his studies and Daniel has completed an internship as a part of his education. In addition, Anders has started as a new student worker at Logimatic. It is a great pleasure to welcome all of them.”

Christian Stephansen is, as of 1 July employed as a software developer in Logimatic’s department of warehouse and logistics solutions, where he will be a part of the development team of the WMS solution, LOGIA. Christian has, for the past 2 ½ years, been a student programmer at Logimatic parallel with his studies.

Christian has just completed his education as software engineer from Aalborg University. His final exam was concerned with advanced warehouse optimising, where he worked with one of Logimatic’s customers as his case.

This process has been beneficial for both Christian and Logimatic. It means that Christian from the beginning, already has a great knowledge about the functionality of LOGIA, and at least as important,
has an understanding about the warehouse and logistics domain and the work flow at a warehouse.

Daniel Sørensen is, as of 1 July employed as a software developer in Logimatic’s department of warehouse and logistic solutions, where he will be a part of Logimatic’s development team of the warehouse management system, LOGIA.

Daniel has recently graduated in computer science but is already a familiar face at Logimatic, and among some of our customers. During his education, Daniel completed an internship at Logimatic and finalised a pilot project in collaboration with his project group at UCN about the utilisation of Mixed Reality for warehouse operations. The project was Daniel’s final exam where he got top marks.

Besides his educational background, Daniel has a great insight into the practical work at a warehouse from his previous experience as a substitute warehouse operative at Grundfos over a period of approximately
1 ½ year.

Anders Brams is the new student worker at Logimatic’s department of warehouse and logistic solutions in Aalborg, where he will be a part of Logimatic’s development team of the warehouse management system, LOGIA.

Anders studies Master of Engineering within software at Aalborg University and begins his 7th semester as a graduate student after the holidays. He also functions as a student counsellor at the Department of Computer Science at AAU.

As a student worker, Anders works at Logimatic once a week, and primarily has to manage work within system development. Anders is especially interested in machine intelligence which is in line with Logimatic’s development of intelligent logistic systems on the LOGIA platform. 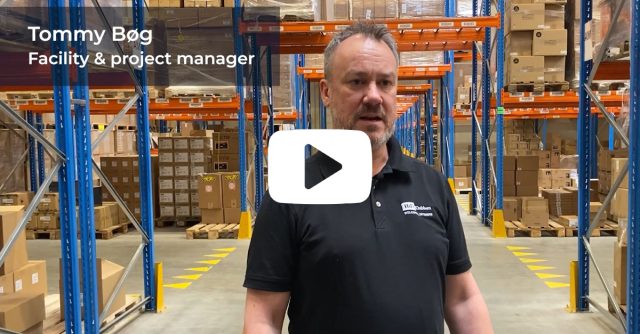 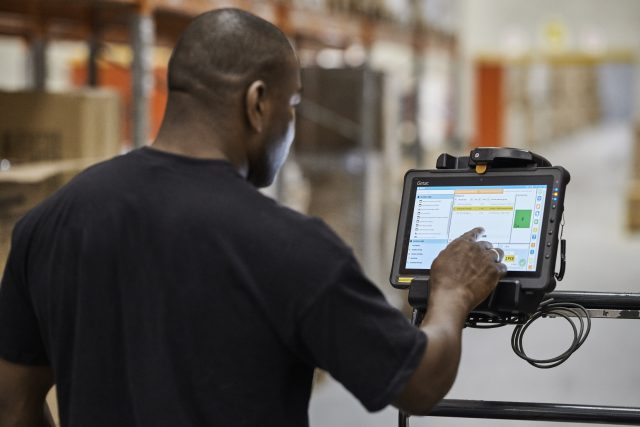